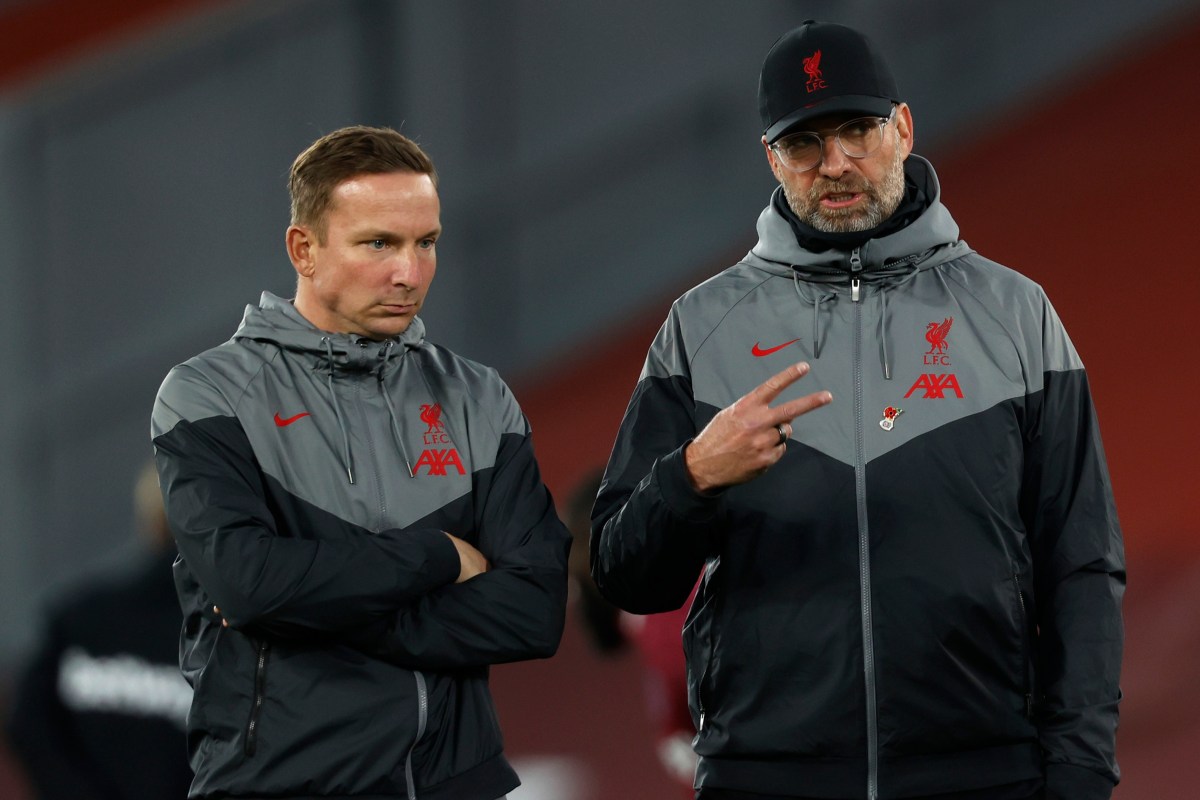 LIVERPOOL will have a different face on the touchline for their huge Premier League clash against Chelsea.

Jurgen Klopp has tested positive for COVID-19 and will self-isolate for the trip to Stamford Bridge – so who is his assistant Pep Lijnders?

“The Reds manager, who reported mild symptoms before the game, is now in self-isolation.

Pepijn ‘Pep’ Lijnders is Liverpool’s current assistant manager, at the club since 2018.

Lijnders was born in Broekhuizen, the Netherlands in January 1983, which makes him 38 years old.

The Dutchman began his coaching career at PSV Eindhoven and then Porto in 2006, before joining Liverpool in 2014 to work under Brendan Rodgers.

He first left the Reds in January 2018 to take up the managerial job at the second-tier Dutch NEC, but was sacked later that year in May after failing to secure promotion to the Eredivisie.

Lijnders then returned to Liverpool a month later and worked within the coaching staff to win their sixth Champions League in 2019 AND their first league title in 20 years in 2020.

Liverpool describe Lijnders as a “thoughtful student of the game” who had helped oversee the progress of stars Trent Alexander-Arnold and Ben Woodburn.

Tough roster decisions ahead for Lions leadership – the Oakland Press