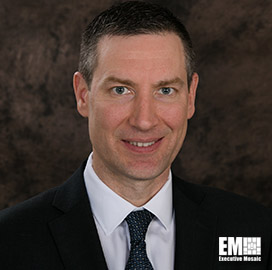 The VA has been pushing for modernization of its various departments, including a massive overhaul of its electronic health record system. “We’re trying to answer questions that were previously unanswered,” Simpson said.

In his new role with the VA, Simpson will primarily focus on software development. DevSecOps is gaining popularity with other federal agency IT offices creating offices around it. The VA has an annual budget of more than $100 billion, including nearly $5 billion proposed to be spent on IT in the fiscal year 2021 budget request.

Simpson will bring decades of government computing experience to the VA. Simpson has over 24 years of information technology (IT) leadership and management experience in the private sector and federal government.

Simpson has managed at the executive level in the areas of strategic planning, organizational development and operational effectiveness. He has experience in improving business processes and managing complex, multidisciplinary and time-sensitive projects while achieving cost savings.

Prior to joining the VA, he served as Chief Information Officer (CIO) of the Food and drug administration (FDA) and Associate CIO of the Department of Transportation. Along with the FDA, Simpson was responsible for providing information technology (IT) services and support to approximately 20,000 federal employees and contractors throughout the continental United States and abroad.

Simpson began his career in the United States Air Force (USAF), serving 3 years of active duty and 3 years of active reserve. He has worked in the IT field as a systems analyst, senior technical advisor, IT manager and CIO in the private sector for 18 years.

He began his career in the federal government as a CIO for the US Department of Justice (DoJ) Criminal Division in 2010, where he led the IT and litigation support units. In this role, he reduced annual IT support and litigation budgets by more than 50% and realized net annual savings of more than $3 million through data center and server consolidation.