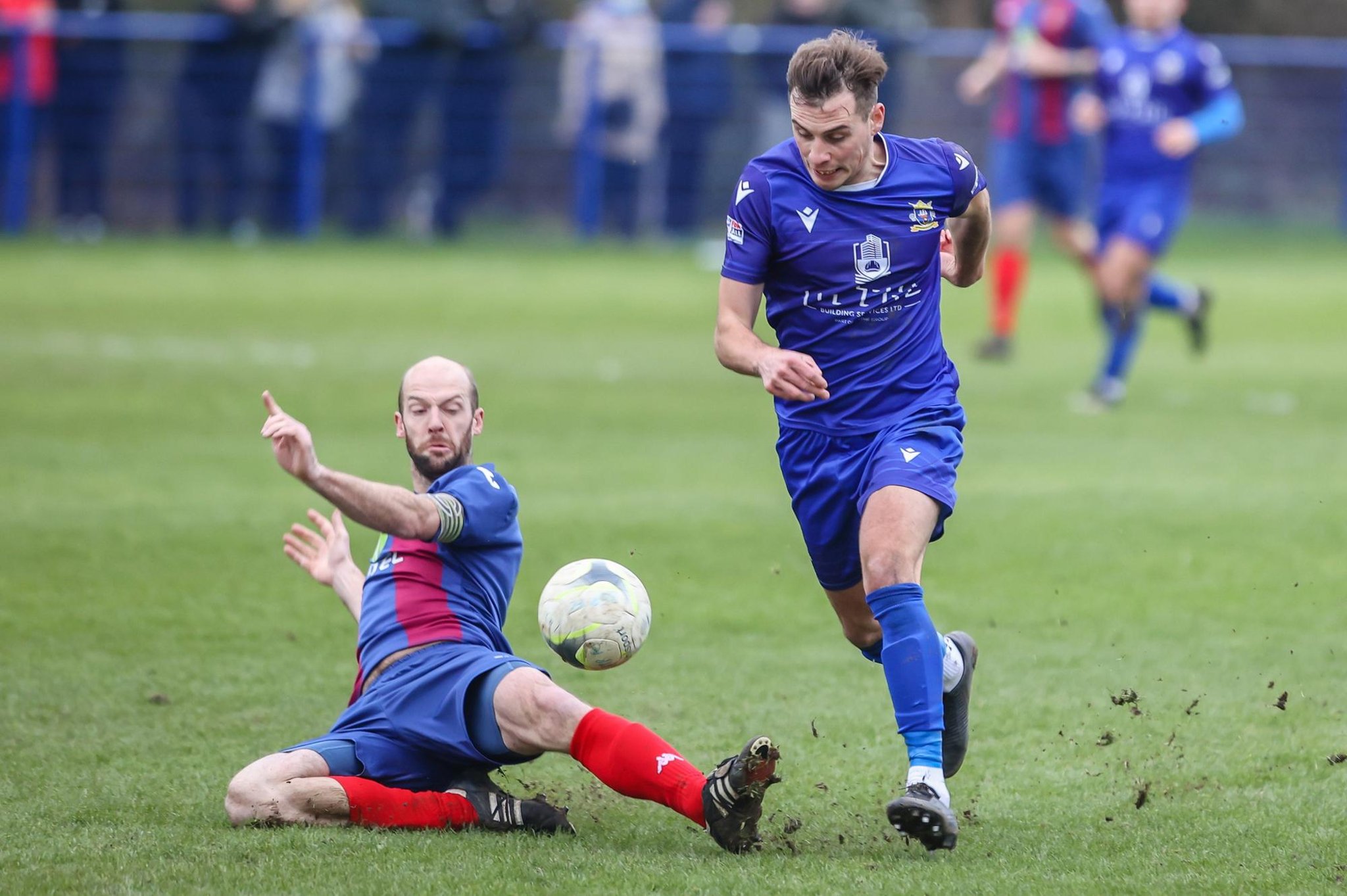 The club’s assistant manager was shown a red card as USP trailed Blackfield & Langley just 1-0 in the second half of their Premier Division game.

The visitors then suffered a 5-0 defeat – the ninth time they have conceded four or more in a match in their debut Stage 5 campaign.

Register to our daily newsletter

The newsletter mute the noise

Tom Jeffes, left, was sent off for the third time this season as US Portsmouth crashed out to a 5-0 defeat at Blackfield. Photo: Paul Collins.

The club’s latest hammer blow came hard after they were awarded three league points for fielding an ineligible player.

They had faced Jeffes against Cowes on December 18 a week after his dismissal, ironically in a home loss to Blackfield.

Normally, if a player is sent off on a Saturday, the suspension begins the following weekend. But USP played Jeffes against Cowes – in a game they won 4-1 – because they had no confirmation of the ban.

It turned out that this confirmation duly arrived the next day. USP still saw no potential problems and let Jeffes out of their next game – a 3-1 loss at Horndean in early January.

But at a hearing last week they were found guilty and docked three runs, pushing them into the bottom five.

“It’s extremely frustrating,” said boss Tom Grice. “I don’t get involved in administration – I’m just told who can and can’t play.” And we hadn’t heard anything about TJ (Jeffes) so we played it. Bob (Brady, USP Secretary) tried to speak to the FA at the time but couldn’t reach anyone.

“If anything, it shows that if there’s an element of doubt then don’t play them.”

“That’s far-fetched – this should all be dealt with much faster.”

He was dismissed for fouling former AFC Portchester striker Owen Fee just outside the penalty area.

USP were trailing just one goal from Alex Andrews at the time – the result of a first-half Fee corner which Grice described as “the worst ever”, a low kick that his team failed to clear.

Fee struck twice after Jeffes saw his last red, leaving Grice to admit, “Once you concede two or three, heads go down.

“We lack confidence, having not won since the end of January.

“It was a very, very, very difficult afternoon – you don’t want to lose 5-0 to a team where you are in the table.”

USP could still finish in the bottom four, but Grice said: “The goal was always to stay in the league this season.” There are clubs with more money than us who have struggled.

“There’s a big gap between the bottom half and the top half…it’s been very, very difficult the last two months and a bit.”

Jeffes will begin another suspension when USP lifts the curtain on his Championship season at Bournemouth Poppies next Saturday.

Midfielder Ryan Smart is also out after breaking his ankle in the first half at Blackfield.