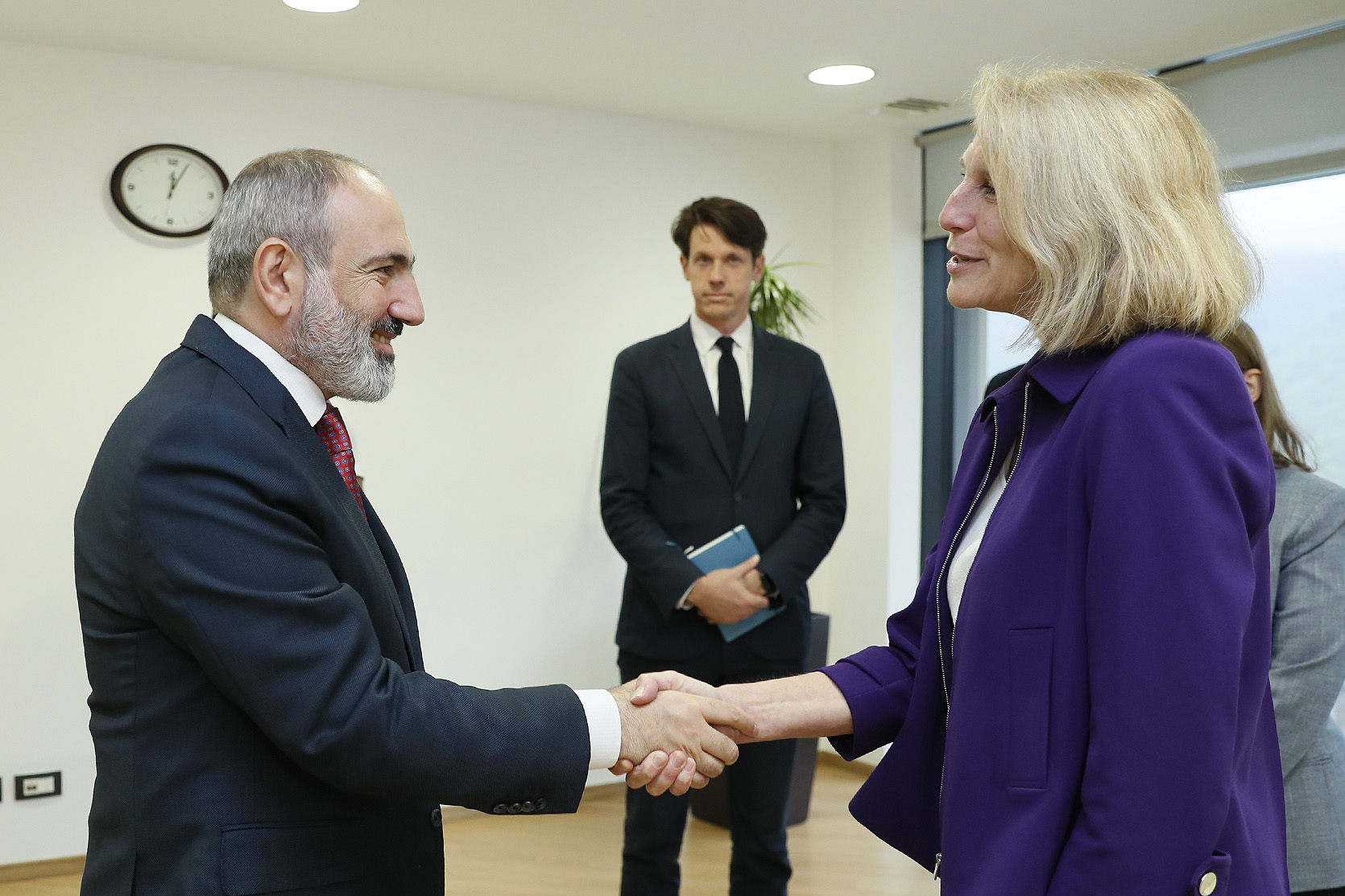 “Just because we pay a lot of attention to the Russian-Ukrainian war doesn’t mean we don’t pay attention to other issues,” the US Assistant Secretary of State for European and Eurasian Affairs said in Yerevan. Karen Donfried.

Exclusively interview with Radio “Azatutyun” (Freedom), she discussed the Armenian-Azerbaijani dialogue and the settlement of the Nagorno-Karabakh conflict. Donfried assured that France, the United States and Russia would continue to cooperate within the OSCE Minsk Group, “despite all obstacles”.

Karen Donfried refers to the main format of the settlement of the Karabakh conflict – under the co-chairmanship of the United States, France and Russia. This negotiation format was in effect until the 2020 war. Then Azerbaijan declared that it had resolved the conflict by military means, therefore, the Minsk Group had nothing more to do. Armenia insists on the continuation of negotiations with Azerbaijan through the mediation of the OSCE Minsk Group. However, after the war in Ukraine, in light of the disagreements between the co-chairing countries, many believe this will be impossible.

As part of her visit to the region, Donfried arrived in Armenia after negotiations in Georgia and Azerbaijan.

“Key role of the United States”

In Yerevan, Donfried met with the Prime Minister of Armenia, the Minister of Foreign Affairs and the Secretary of the Security Council.

The Armenian Prime Minister “highly appreciated the assistance of the United States to the Armenian government to effectively promote democratic reforms”. In response, Donfried assured that this support would continue in the future.

Nikol Pashinyan and the US Under Secretary of State also discussed the ongoing processes in the region, the settlement of the Nagorno-Karabakh conflict and the activities of the Armenia-Azerbaijan border delimitation commission.

“The Prime Minister stressed the need to strengthen stability and peace in the region, and the need for an adequate response from the international community to [Azerbaijan’s] provocative statements and actions that undermine regional stability,” the Armenian government press service said.

The Prime Minister and the Minister of Foreign Affairs spoke with Karen Donfried on the role of the OSCE Minsk Group in the settlement of the Nagorno-Karabakh conflict.

The Minister of Foreign Affairs and the Secretary of the Security Council of Armenia presented to Donfried the process of normalization of relations with Azerbaijan, the details of the negotiations on the unblocking of economic and transport communications in the region.

The consequences of the second Karabakh war were also mentioned. Foreign Minister Ararat Mirzoyan addressed the humanitarian issues of the post-war period. In particular, he spoke of the need for the immediate release and repatriation of Armenian prisoners of war still held in Azerbaijan.

“There is room for reconciliation”

In her interview in Yerevan, the US Undersecretary of State said that the United States was ready to support the process of reconciliation between Armenia and Azerbaijan.

“I want to make it clear that as important as our support for Ukraine is, and we’ve paid a lot of attention to this conflict in recent months, that doesn’t mean we don’t pay attention to other issues, to other parts of Europe.

And I hope that my visit is a very strong confirmation of this. The situation in the South Caucasus is very important. I think there are opportunities here. Above all, you Armenians must work with your neighbors to try to advance the reconciliation agenda. But I want to make it clear that the United States is involved and ready to help,” she said.

Donfried would not comment on Pashinyan’s statement about “lower the bar” on the status of Nagorno-Karabakh:

“Better ask him what he meant. But I see that there is a dialogue between Armenia and Azerbaijan which I hope will lead to a settlement of the situation in Nagorno-Karabakh”.

The Prime Minister made a “lowering the bar” remark in April. This triggered a wave of outrage and resulted in a long series of protests from the parliamentary opposition, demanding Pashinyan’s resignation. Opponents, as well as the leadership of the unrecognized NKR, have since repeatedly declared that “Nagorno-Karabakh cannot be part of Azerbaijan”, since the statement by the Armenian Prime Minister was perceived as a “treason”. and a “transfer from NK to Azerbaijan”.

This question is so painfully perceived in Armenia that analysts have commented on this very fragment of Karen Donfried’s interview. In particular, according to political scientist Suren Surenyants, she “tactfully made it clear that Pashinyan’s statement should be followed by the ‘ears’ of Moscow, not Washington.”

The Assistant Secretary of State stressed that the United States supports the settlement of the Karabakh conflict in the form of the OSCE Minsk Group, this process did not stop in the middle of the Russian-Ukrainian war. She also said that the United States is ready to continue working in this format in cooperation with Russia:

“We support the Minsk Group co-chairmanship process. We still think this is a very important format, especially in the Nagorno-Karabakh issue. And it’s important that we keep different formats to keep the peace. We will continue to do so in the future.

Donfried did not say whether she spoke with Ilham Aliyev about his statements regarding the dissolution of the Minsk group. She only said that she had discussed the issue of the OSCE Minsk Group with the President of Azerbaijan.

US Under Secretary of State in Yerevan