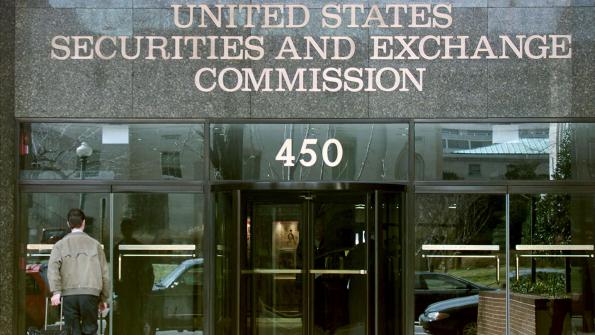 The Senate last night approved the White House nominees for the two Securities and Exchange Commission commissioner seats, and it confirmed Preston Rutledge as the new Assistant Secretary of Labor for the Department’s Benefits Security Administration. work. This position has been vacant since the departure of Phyllis Borzi, appointed by President Obama in 2009.

Hester Peirce, senior fellow at George Mason University’s Mercatus Center, will serve as Republican commissioner at the SEC, while Robert Jackson Jr., professor and director of the corporate law and policy program at Columbia Law School , will fill the Democratic seat.

“We are pleased that the Commission now, after more than two years, has a full complement of five Commissioners,” said Karen Barr, President and CEO of the Investment Adviser Association. “We look forward to working with Chairman Clayton and all commissioners on regulatory and investor protection initiatives that have a critical impact on investors, markets and the U.S. economy.”

Confirmation of the two was delayed by Sen. Tammy Baldwin, who had questions about how they would handle certain issues at the SEC, such as hedge fund disclosures and the economic impact of stock buybacks.

In October, the two faced questions from the US Senate Committee on Banking, Housing and Urban Affairs. Many questions centered on why the SEC had not written Dodd-Frank-mandated rules on Wall Street reform and consumer protection. The committee and nominees also talked about clawbacks of executive compensation, corporate disclosures and cybersecurity, as well as FINRA, the self-regulatory organization overseen by the SEC.

Rutledge will now fill the role at the DOL once held by Phyllis Borzi, who was instrumental in crafting the fiduciary rule. One of Rutledge’s main responsibilities would be the implementation and any possible changes to the DOL fiduciary rule, part of which went into effect on June 9. The second phase of implementation has been postponed to July 2019.

Previously, he was a senior tax law specialist with the Tax-Exempt and Governmental Entities Division of the Internal Revenue Service and a senior technical examiner with the Qualified Pension Plans Branch of the IRS Office of Chief Counsel.

“We are excited about this prospect and look forward to working with Preston to develop and put in place policies that will help expand access to workplace pensions, increase retirement savings and boost growth. ‘use of lifetime income products,’ said Lee Covington, senior vice president and general counsel of the Insured Retirement Institute.