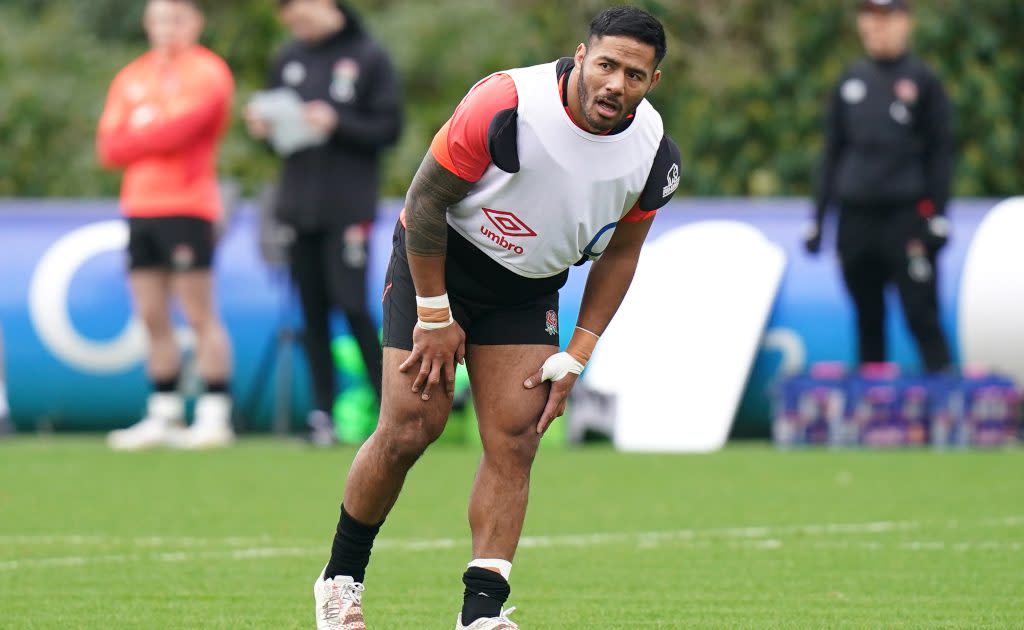 Sale and England to discuss center management after Six Nations

Sale Sharks plan to meet England after the Six Nations to find a managerial solution for Manu Tuilagi in light of his latest injury.

Tuilagi was forced out of England’s starting line-up against Wales after straining his hamstring and it left him in doubt for the game against Ireland at the weekend next.

Commercial director of rugby Alex Sanderson believes the England center could potentially feature in the competition’s final clash against France.

The 30-year-old has been plagued by injuries throughout his career and is yet to fully recover from his hamstring tear suffered against South Africa in November.

Sanderson’s concern is not with England’s handling of Tuilagi – club and country are in close contact over his loading – but with ensuring the long-term availability of their prized asset.

“It was probably just a little too far, a little too soon. We spoke to Eddie and liaised with physios and S&C staff in England,” Sanderson said.

“We are all on the same page and need to catch up post-Six Nations to understand how we can potentially manage it better.

“But we’re struggling to see how we can at the moment, other than it’s too soon.

“You can look and dive into things and go down rabbit holes, but sometimes you can see ghosts that aren’t actually there. It’s important to understand that.

“The reason we want to sit together is concern for the player. It’s not about gray areas. I just want us to be on the same page.

“There are traces of email and phone calls. Everyone talks to everyone. There are probably seven, eight or nine conversations going on at the same time. For me, it’s better if everyone is in the same room.

“There is only one Manu Tuilagi and we are full of coaches. It’s about Manu and I want him to play for England like everyone else does.

Tuilagi’s value for England was never more evident than in the first three rounds of this Six Nations when their midfield had little impact, with fly-half Marcus Smith appearing as the only shining light .

And while frustration grows as the injuries continue to pile up – especially for Tuilagi himself – Sanderson refuses to take a gloomy view.

“When that happens, you have to reframe it in your own mind. What are the positives? What can I control? ” he said.

“The positives are he’ll be back in a week or two, he’s in great shape, he’s positive himself.

“He’s probably in the shape of his life. He definitely has two or three years ahead of him, so it’s only a small obstacle.

“When you reframe it like that, you start looking forward to the next year and a half to the World Cup instead of looking back.”

Asked if Tuilagi would be better served after a long spell in Sale’s side rather than being in the English camp, Sanderson replied: “In terms of being able to improve the length of his career, yes.

“And that’s only because the intensity of training and the physicality of matches is less in the Premiership than it is for internationals.

“The physical and mental tension obviously increases in this environment. Neurologically and physically, it puts a strain on you. That’s the only reason.

“Everyone wants him to play. I’m not saying we manage him better, we load him less.

READ MORE: Is France untouchable at the top of the table?