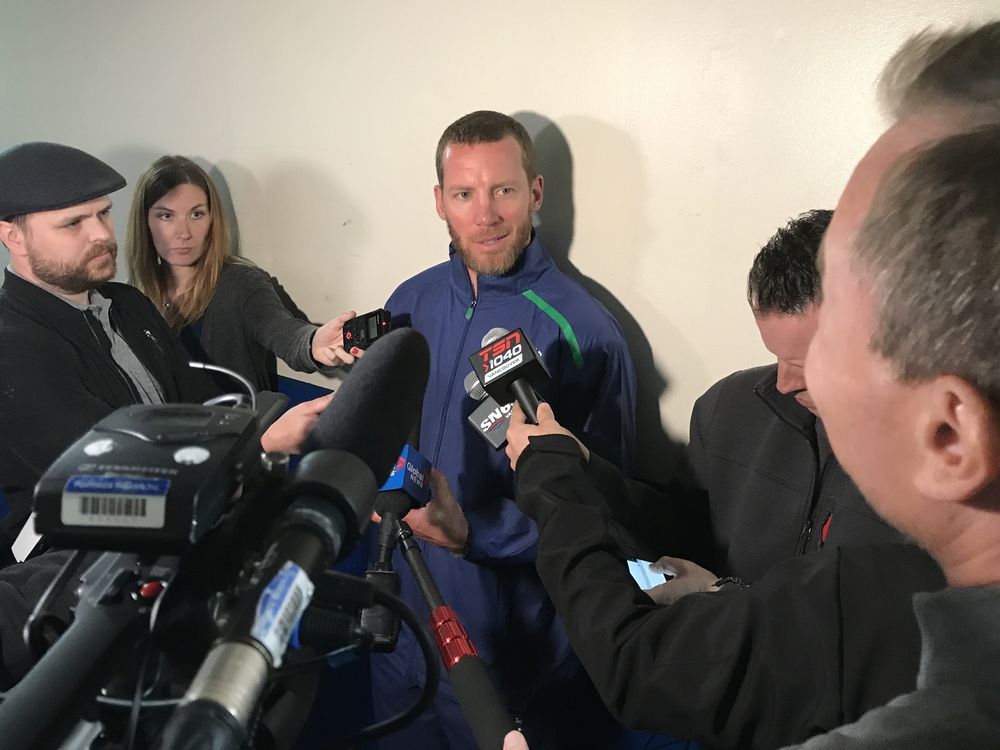 Almost from the day he was hired as president of hockey operations for the Vancouver Canucks, Jim Rutherford has brought a quartet of names.

All four are former players and are remnants of the previous regime – two having only been in management for a few months, another for only a few years, the fourth for almost three decades.

Henrik and Daniel Sedin, Stan Smyl and Ryan Johnson have all heard public praise for their work from their new boss. Smyl even got a promotion.

Johnson, however, had a great practical role to fill and Rutherford was especially grateful. After Assistant General Manager Chris Gear and Director of Hockey Operations Jonathan Wall were fired by owner Francesco Aquilini – Rutherford made it clear it wasn’t his call – Rutherford was going to need a hand of confidence to take charge of managing the Canucks’ salary cap, a situation that has proven to be a delicate balancing act for several years.

Wall and Gear handled the contractual whims and desires of Property and General Manager Jim Benning for several seasons, doing what they could for a less than optimal contract structure.

Before Rutherford took over, Johnson’s duties saw him attempting to lead an understaffed player development department and also managing the day-to-day operations of an understaffed AHL team.

In addition to being general manager of the Abbotsford Canucks and senior director of player development, Johnson, 45, has also been asked to take over the management of the salary cap.

“Jim from day one trusted me,” Johnson said. “I enjoyed working under him.

Johnson played college hockey for the University of North Dakota. Drafted in 1994 by the Florida Panthers, he played in the AHL and NHL for the Panthers. His NHL career lasted until 2011, when he played for the Tampa Bay Lightning, St. Louis Blues, Canucks and Chicago Blackhawks.

Johnson has played for a lot of teams, a lot of coaches and a lot of managers. He was first hired in 2013 by the Canucks as a player development consultant.

“I consider myself to be a very observant, as a player and now on the other side of the wall here,” he said. “Sometimes you have to shut up, do a good job, and listen. “

“I realized how lucky this situation is (with Rutherford) – he’s someone who has won multiple Stanley Cups.”

And below it all, he feels lucky to be doing what he does.

“Especially in this world, the hockey side of things is very small and tiny. Look at the flood situation in Abbotsford. Or the pandemic, ”he said. “These are people who experience real stress.”

“It puts things in perspective so you love what you do. “

Sign up to receive daily news from The Province, a division of Postmedia Network Inc.

Thank you for your registration!

A welcome email is on its way. If you don’t see it, please check your spam folder.

The next issue of The Province Headline News will soon be in your inbox.

We encountered a problem while registering. Try Again