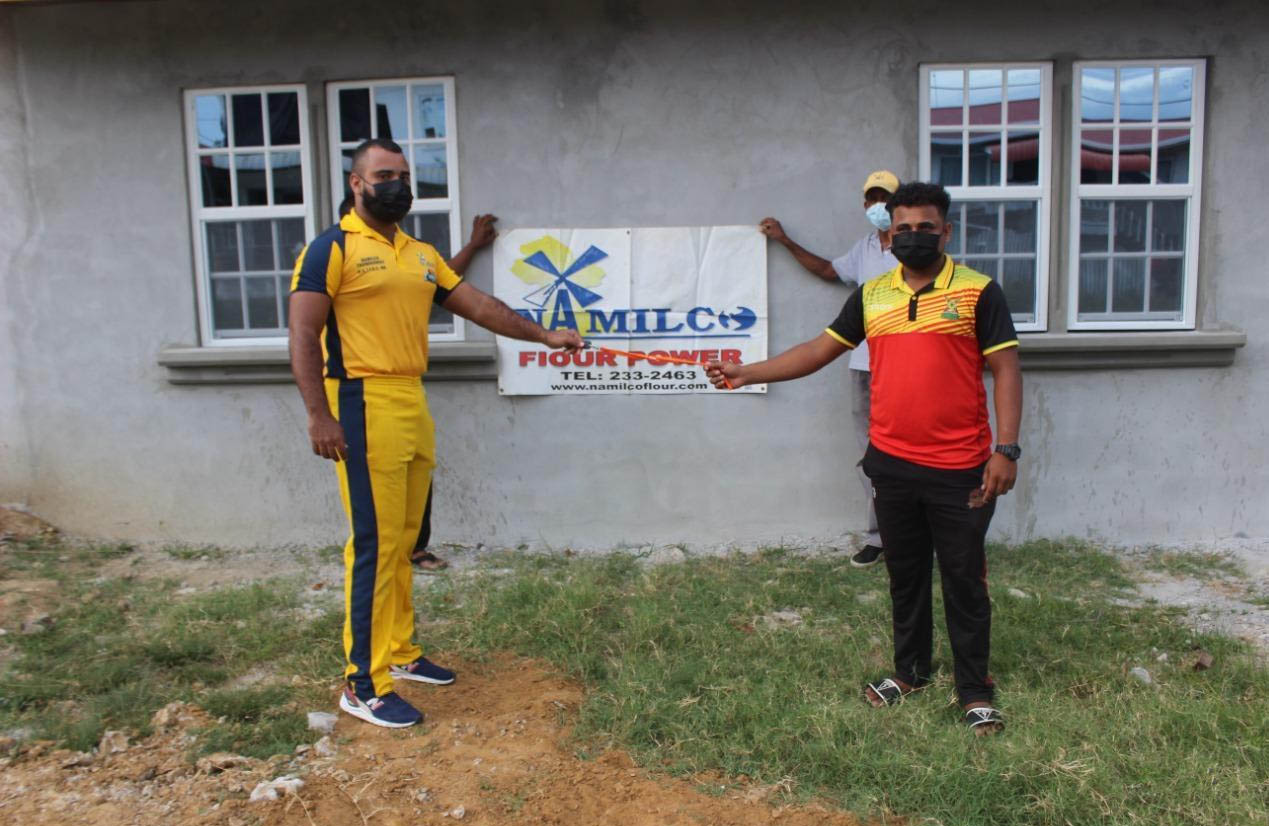 The three teams were Namilco Thunderbolt Flour Under-21 and Premier League teams as well as their Vitality Under-23 counterparts.

The handover of the house was the fulfillment of a commitment made by RHTYSC Secretary / CEO Hilbert Foster to Naidu after enlisting Foster’s help to modernize his family home which was in a state of disrepair and to build a lower apartment for himself and his family. .

Foster said the RHTYSC, over the past 31 years, had completed thousands of projects, but had never been involved in building a house. He noted that the club’s parent organization, St. Francis Community Developers, has helped hundreds of less fortunate families secure homes, but this venture was the vibrant youth and sports club’s first effort.

Foster, who is also the chairman of the Berbice Cricket Board (BCB) recalled that after Naidu approached him for help with the project, he readily agreed that the cricket teams would help him.

Naidu joined the club at the age of 15 in 2015 and, within a year, was elected to the post of Deputy Secretary / CEO. Over the past five years, has played a major role in the work of the club.

Naidu is now responsible for the day-to-day running of the club office, serves as director of cricket in the junior section and is also the public relations manager of the BCB.

Under Naidu’s tenure, the BCB conducted the most progressive public relations campaign for any sports organization in the country, said 8d Foster.

He added that with his young assistant in charge of daily operations, he was able to concentrate on his other functions, in particular at the BCB and the other organizations of which he is a part. He described Naidu as a visionary, hardworking and dedicated person who serves others without looking over his shoulder for personal rewards.

An emotional Naidu said joining RHTYSC was the best decision of his life. A former member of the Albion Cricket Club, he was encouraged to join the Rose Hall Club by his classmate, former West Indies Under-19 player Kevlon Anderson.

He added that he never expected to be part of the executive, but noted that under Foster’s leadership young people have the opportunity to perform and the word failure was not part of the RHTYSC dictionary. . Naidu expressed his gratitude to all the sponsors who have joined us in helping the club members especially the Under-21 / Premier League teams Namilco Thunderbolt Flour and Vitality Inc., Under-23.

He is committed to working even harder to ensure the club remain the top club in the country.

Rose Hall Town Namilco Thunderbolt Premier Division captain Shawn Perreira handed the keys to Naidu and congratulated him on being the owner.

Arun Venkataraman named US Under Secretary of Commerce