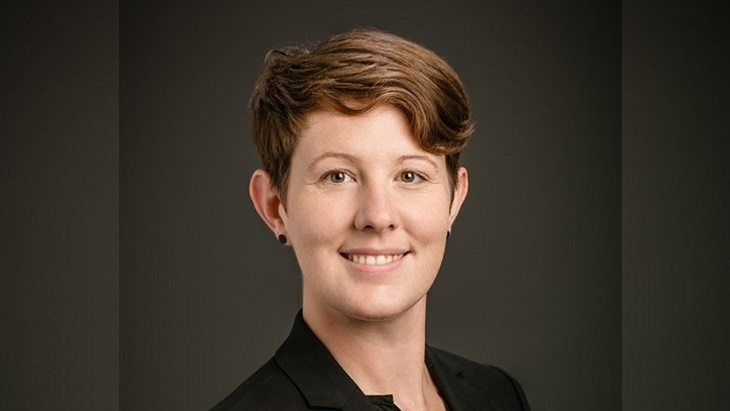 Q&A: The Priorities of the New U.S. Undersecretary for Nuclear Energy: Perspectives

It’s a “fantastic time” for the United States to reclaim global leadership in nuclear energy and lead the energy security and carbon transition conversations around the world, said Kathryn Huff, the new deputy secretary of the U.S. Department of Energy for Nuclear Power, in a question and answer session for the Office of Nuclear Energy outlining its priorities for the role.

The DOE is requesting $1.7 billion for FY23 for the Office of Nuclear Energy. What are your top priorities in managing the office’s R&D portfolio?

We must maintain the existing nuclear fleet and allow light water reactors to support our carbon-free transition. We must also build advanced reactors. I think we have a lot of programs that target that, both on the R&D side and on the demonstration and deployment side, particularly through the advanced reactor demonstration program. Of course, none of this will be sustainable unless we pay sufficient attention to the challenges posed by used nuclear fuel and ensure that the government makes progress on its commitments to manage it responsibly.

During your tenure as Principal Assistant Assistant Secretary of NE, you led the restart of the consent-based site selection process for federal interim storage facilities. Why is this an important step forward?

The federal government is responsible for the management of used nuclear fuel and the industry has been paying a million per kilowatt hour for a very long time to support this endeavor and I am a big supporter of your commitments. By making progress toward establishing a consent-based site for an interim storage facility, we can take responsibility for removing this spent nuclear fuel from the sites where it has been abandoned. But overall, I think it’s a start that has a lot of roots in processes that have worked elsewhere. I think that by leveraging a consent-based strategy for the siting of these facilities, we have a real chance of succeeding this time and we can rely on the things that we have learned before, as well as what has been learned internationally to operate these sites.

Prior to your confirmation, you advised the secretary during the Russian invasion of Ukraine. What impact has this conflict had on civilian nuclear programs, both at home and abroad?

The images coming out of Ukraine over the past few months have been deeply impactful and moving. As a democratic nation, we should be concerned about the safety and security of all democratic nations. One of the key elements of this system is energy security. Nuclear power offers a clean option that also comes with some energy security. By being a very dense energy source that is very infrequently replenished, we have the opportunity to elevate that supply chain to be robust, not requiring constant attention, shipping, pipelines, etc We now recognize that we have, over the past few years and decades, allowed other competing nations to play a role in the supply chains of our fuels, including nuclear fuel, and this is an opportunity for the United States to strengthen the security of these supply chains for us as well as our democratic allies.

US sanctions against Russia could impact the country’s ability to acquire enough enriched uranium for the current fleet and new advanced reactor demonstration projects. What is the DOE doing to ensure it can help meet this fuel demand?

The secretary has put together a really important undertaking – a uranium strategy tiger team that the Office of Nuclear Energy and the National Nuclear Security Administration are working on together. This Tiger Team is focused on building a strategy that can provide a comprehensive overview of where our fuel cycle supply chain is and how the DOE can strengthen it. Our objective here is to ensure that in the very short term, we have a plan. If Congress decides to appropriate funds and authorities to do so, we have a plan to help encourage our existing commercial nuclear fuel cycle suppliers to build new capabilities and activate our fuel supply chain.

What do you think is the biggest challenge for nuclear energy today?

In the United States, we have lost a lot of ability to build large, complex engineering projects on time and on budget. I think it’s time for us to seize an opportunity and demonstrate that we can still do it. Investors and financial interests who are willing to put money on the table for our clean energy transition, they need to see some predictability in these timelines and budgets and I think this is an opportunity that nuclear could really seize if we can see these new demo projects come to fruition as predicted predictably.

The DOE’s new civilian nuclear credit program is accepting applications to support the continued operation of US reactors. What impact can this program have?

This program is absolutely essential. Nuclear energy provides half of our country’s clean electricity and is the largest source of our clean electricity. We cannot allow these plants to be economically threatened because we have not recognized their important contributions to our clean energy system, our firm energy capacity and our energy resilience. Once a nuclear plant shuts down, it can be very difficult to restart it, so we really can’t allow them to shut down in the context where we need them.

The bipartisan Infrastructure Act also includes more than $2.5 billion to support the demonstration of two advanced reactors in the United States and at least one nuclear-hydrogen demonstration project. How important are these projects for the future of the industry?

Both demonstration projects and hydrogen demonstrations are the future of the industry. When we look at these technologies in demonstration here in the United States, they create the possibility of building the second, third, fourth and fifth of its kind, not only here in the United States, but elsewhere with our democratic partners interested in expanding their nuclear capability. If we want to allow nuclear and renewables to work together on a clean energy grid, hydrogen is going to be absolutely necessary. Heat plus electrons is a great way to create hydrogen and can be a great demonstration of what is possible with nuclear.

Advanced nuclear will be in the clean energy conversation at several high-profile international events this year, including the Ministry of Nuclear Energy and Clean Energy Ministerial both of which will take place in the United States. What role do you see for nuclear energy in global efforts to combat climate change?

This is a fantastic time for the United States to reclaim world leadership in nuclear energy. We are really in a position to lead the conversations, the bilateral and multilateral engagements that will come out of these meetings, and the incentives that we can see generally for energy security and carbon transition around the world.

You also helped create a new funding line in the Congressional budget for nuclear R&D at US universities and colleges. What does this mean for the academic research community in the future?

There is nothing more important to me personally than education. Ensuring that this line of university R&D has its special place in our budget, really highlights its importance and allows us to think critically about bigger problems and enable bigger solutions. It’s really going to allow some brilliant ideas to come out of the university. These ideas can be picked up by the national labs who can bring those bright ideas and high-risk, high-reward creative concepts to life, and then the industry can pick up the ideas selected by the national labs. That’s how innovation should work and making it its own line really allows us to focus on that and think bigger.

As a professor, what advice would you have for those who would like to join a STEM field and what are some of the opportunities available within NE for those who wish to pursue in the nuclear field?

This is the perfect time to join nuclear energy. It’s not just in a period of growth right now but, due to the bimodal age distribution in nuclear energy, there are a lot more open positions in the nuclear energy spaces, be it startups, national labs, or here at the DOE’s Office of Nuclear Energy. We have opportunities where people are retiring today who have incredible expertise that you can learn from. So my advice is definitely to get into it, whether as a nuclear engineer, a communications specialist, a policy maker, or even a social scientist. The role that nuclear power can play should be clear and I hope people can find a role for themselves in this space.

The original version of this article can be read here.