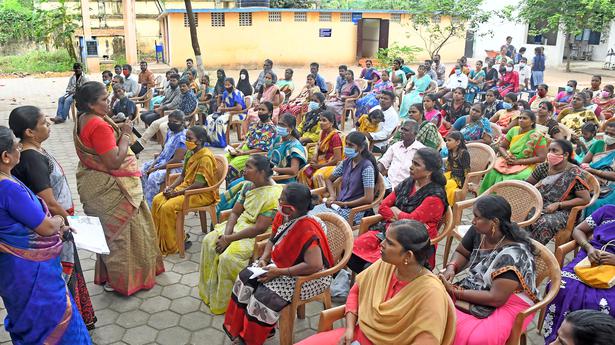 The committees, at the govt. schools, aim to foster better community engagement

The committees, at the govt. schools, aim to foster better community engagement

As a first step towards reconstituting School Management Committees (SMCs) for the Nam Palli Nam Perumai initiative, public schools in Tamil Nadu welcomed parents to campus for a first round of discussions on Sunday.

the Nam Palli Nam Perumai The initiative aims to foster greater community engagement and involvement in the operation and development of public schools. Parents are encouraged to join the SMCs, which the directorate of school education has proposed to reconstitute.

At the Presidency Government Girls’ Higher Secondary School in Egmore, around 300 parents participated and interacted with teachers from the school. “Many parents today expressed their interest in being part of the SMC. We talked to them about the constitution of the committee, the responsibilities and how they could be more involved in the development of the school in general”, said director MM Ramalakshmi.

Divya Rajashekar, a parent whose daughter is studying in Class I at the school, said they were happy to engage with the school and hoped for more regular meetings in the future. “Being part of the SMC will provide us with a good platform to represent our thoughts on what improvements could be made in the school. Having an active SMC will greatly benefit the students,” she said.

Over 250 parents came to the Government Girls Higher Secondary School campus in Ambattur and participated in the discussion on how SMCs work. “Many parents have expressed interest in being part of the committee. We will keep them informed of when the committee will be constituted and meet again,” said Director Vanitha Rani, Director.

The SMCs should have 20 members, including 15 parents. Half of the committee members should be women and a parent of a child with special needs should be the vice-chair.

“In many schools, it was the first time that many parents met at the same time. Many have already shared their concerns and points regarding the development of the school which they wish to address,” said A. Ramu, Deputy Principal, Government Higher Secondary School, Manickampalayam, Namakkal District.

Over the past week, schools have been sending out flyers about the Nam Palli Nam Perumai the initiative to parents and encouraged them to participate in the reconstitution process. The Department of School Education has also launched an outreach program through folk art troupes, which visit all districts and engage with parents to be part of SMC and ensure the development of schools in which their children study.

The members of the SMC will be chosen democratically around the first week of April.