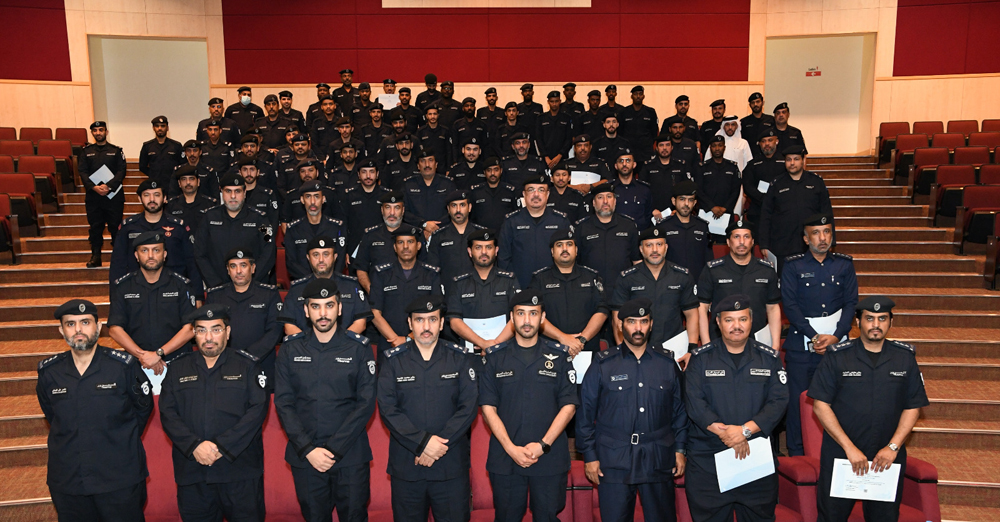 Ministry of Interior officers during the graduation ceremony of the traffic management course for the FIFA World Cup Qatar 2022.

Doha: The Ministry of Interior celebrated the graduation of the first batch of traffic management skills courses for the FIFA World Cup Qatar 2022, which took place over five days with the participation of 99 officers and other ranks.

This course is part of the courses organized by the General Traffic Department in preparation for the FIFA World Cup Qatar 2022, and part of the comprehensive training program to build the capacity of officers and other ranks of the department in view of this great world event.

The Deputy Director of the Traffic Awareness Department at the General Directorate of Traffic, Lt. Col. Jaber Mohamed Odaiba, explained that the course aims to provide participants with the skills needed to implement the roles assigned to the Department of Traffic. general circulation to contribute to the success of the tournament.

He said the course included an introduction to the FIFA World Cup tournament Qatar 2022, the duties and tasks of the traffic unit, and how the daily traffic patrols work to facilitate the movement of traffic. vehicles and pedestrians, in addition to introducing road closures and alternative plans, the management of pedestrian movements near sports venues and the management of traffic accidents, as well as the presentation of the nature of the work of the operations room (NCC – TCC), and other related subjects.

Lt. Col. Odaiba pointed out that this course is one of three courses that the General Traffic Department will hold over the next two weeks for two groups of officers and other ranks.

As part of the training courses, the Police Institute yesterday celebrated the release of the (joint) anti-riot and anti-riot course dedicated to the Support Service for the Directorate of Security of Establishments and Authorities, with the participation of 170 officers and other ranks.

The course, which took place over a period of three weeks, aimed to provide participants with the knowledge necessary to deal with riot situations and enable them to apply effective methods to deal with them.