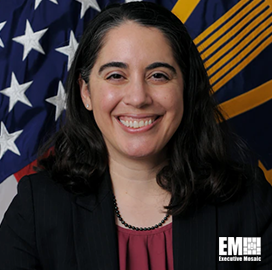 She assumed her current role in January 2021 after serving as a senior fellow and deputy director of the international security program at the Center for Strategic and International Studies, the White House announced Friday.

His research work at the Washington, DC-based think tank aimed to strengthen the principled foundations of the nation’s defense strategy and military missions.

Dalton joined CSIS in 2014 after various public service roles with DOD, such as senior adviser for force planning, special assistant to the Undersecretary of Defense, and political adviser to the commander of the International Assistance Force. security in Kabul, Afghanistan.

Meredith Berger was sworn in as Assistant Secretary of the Navy for Energy, Facilities and the Environment