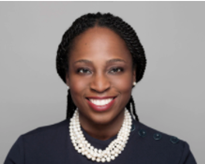 JOHANNESBURG, South Africa, February 18, 2022, -/African Media Agency (AMA)/- EVENT: Please join us on Tuesday, February 22, 2022, for a digital news briefing on the growing economic and trade ties between the United States and the African continent. Deputy Under Secretary of State Akunna Cook and Prosper Africa Acting Chief Operating Officer Leslie Marbury will connect from Johannesburg during their February 14-March 1 trip to Nigeria, Kenya, South Africa and in Namibia. After brief opening remarks, DAS Cook and A/COO Marbury will answer questions from participating journalists.

Language: English. Simultaneous interpretation in French will be provided.

Basic rules: The briefing will be recorded.

Login information: To be provided by RSVP

Ms. Cook oversees U.S. foreign policy development for Southern Africa, as well as economic and regional issues, including trade, investment, climate, health, multilateral engagement, democracy and human rights. ‘man. Previously, Ms. Cook was the founder and director of Drake Road Strategies, where she advised individuals and organizations on strategy and public policy advocacy. She was also the first executive director of the Black Economic Alliance, a non-partisan organization focused on the economic advancement of the black community through policy development, advocacy, and support for election candidates.

Ms Cook practiced law at a major international law firm, where she advised former Attorney General Eric Holder on political and legal strategy related to redistricting in the country. She has also advised various clients on public policy, government affairs and corporate governance. Ms Cook also served as a lawyer in the office of US Senator Chris Coons. Ms. Cook began her career at the State Department more than 20 years ago as a Foreign Affairs Fellow from Pickering. She served for nearly ten years as a career diplomat in the Department of State where she focused on economic and political development. Ms. Cook’s foreign service assignments included overseas service in China, South Africa and Iraq, and several years in Washington with the Africa Bureau in various roles. She is a graduate of Yale Law School and the Harvard Kennedy School of Government. She also graduated summa cum laude and Phi Beta Kappa from Howard University where she earned a bachelor’s degree in economics and business administration. Ms. Cook is a term member of the Council on Foreign Relations and a member of the Washington, DC Bar. She is also a board member of the Alliance for Justice.

LESLIE MARBURY – Chief Operating Officer, Prosper Africa Leslie Marbury joined Prosper Africa in July 2021 as Acting Chief Operating Officer. Most recently, she toured as Mission Director in Rwanda and Burundi, where she led the development of a new country development cooperation strategy, established a leadership initiative to empower the staff the means to achieve better development results and led the response to COVID-19. . His previous posts include Honduras, Bolivia, South Africa and Burma. Throughout her tenure in the U.S. government, she has worked with governments, the private sector, and civil society to improve economic governance, private sector investment, trade, the financial sector, environmental policy, agricultural development and food security. Leslie is a career member of the Senior Foreign Service. She gained her formative experience as a United States Peace Corps volunteer in Ghana and completed her Masters in Environmental Economics and Policy at the University of Georgia.