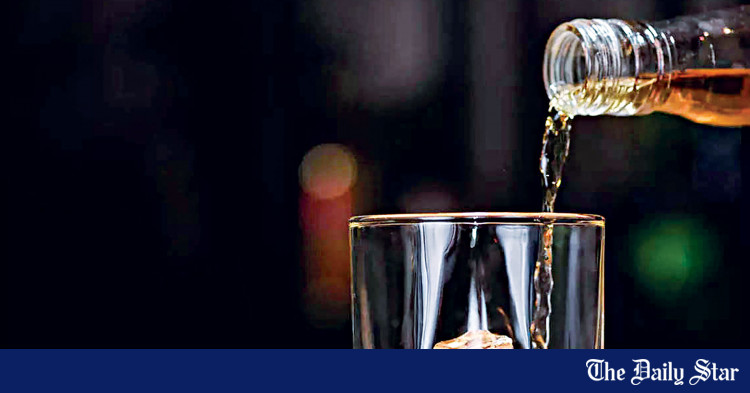 The government has formulated rules to regularize the sale and consumption of alcohol, a measure which drug control officials say will generate revenue and make alcohol easily accessible to those licensed to drink.

Some hotels, resorts and restaurants will receive a license to open bars and sell foreign alcohol, which will help boost tourism by attracting more foreign tourists, said Manjurul Islam, deputy director (preventive education) at the Narcotics Control Department in the capital.

For all the latest news, follow the Daily Star’s Google News channel.

The new rules replace the Guidelines for Officers of the Salt and Excise Department, Volumes 1 and 2 of 1915 and 1918, the Prohibition Rules of 1950 and several notices issued on different occasions, Manjurul added.

“The new rules are introduced to keep up with changing times, changes in society and people’s mindsets,” said Manjurul, who was one of the officers who drafted the rules.

Clubs with 100 or more members licensed to drink can now apply for a liquor license, while those with more than 200 members will be able to apply for a permit to open a bar.

Bars will be allowed in export processing zones (EPZs), theme parks, resorts and development projects where foreign citizens reside, according to the new 2022 alcohol control rules issued by the ministry of the Interior on February 5.

Anyone aged 21 and over will be allowed to request permission to drink. The limit on the sale of alcohol to authorized persons is three units at a time and seven units per month.

Hotels, restaurants and places serving food and alcohol will be allowed to apply for licenses to open bars.

In the Hill Tracts, natives over 21 can drink at home.

Additionally, the rules have separate guidelines for importers of homeopathic medicines and tea garden workers.

Places that sell alcohol must be closed on Fridays, Muharram, Shab-e-Baraat, Eid-e-Miladunnabi, Shab-e-Kadar, Eid-ul-Fitr, Eid-ul-Azha and all public holidays .

Alcohol can be imported from any country having trade relations with Bangladesh to supply alcohol. No tax will be imposed on the export of locally produced alcohol.

Alcohol bottles sold in the country must carry health warnings.

Beer cannot be produced without following a procedure prescribed by the government.

Restaurants, hotels, clubs or bars will be able to purchase 40% of their alcohol from Bangladesh Parjatan Corporation by paying taxes at regular rates or simply importing them. The remaining 60% alcohol can be collected from local sources.

Bars and liquor stores must close at 10:30 p.m. But those with a special license can operate until 1:30 a.m.

“It will promote tourism as alcohol will be available at tourist places. It will generate revenue and alcohol will be easily accessible to license holders,” Manjurul said.

All license and permit application forms are included in the new rules available for download at www.dpp.gov.bd.