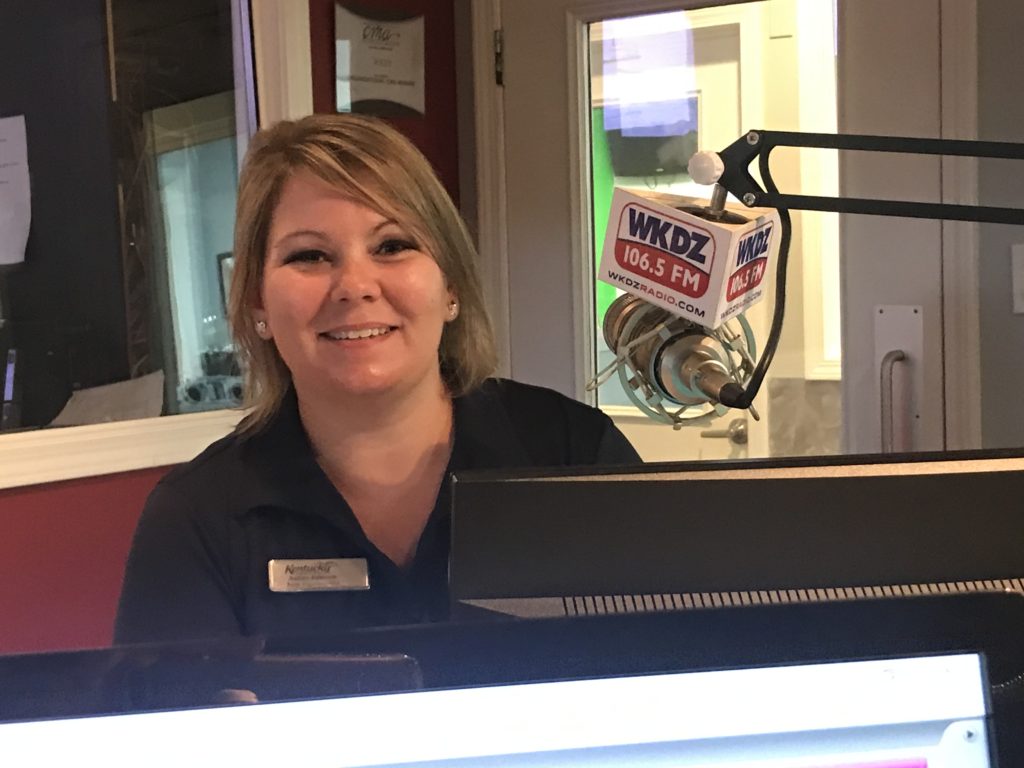 Announced at the Rotary Club of Cadiz meeting on Tuesday, Ashley Johnson will be the next deputy principal of the long-loved facility and campus – serving alongside principal David Miller as second-in-command.

After a 10-year long career with the Pennyrile Area Development District in Christian County, Johnson has served the park as a sales representative for the past three years.

Now her job description is changing a bit, and it’s something she said she was ready to embrace.

Like many park employees, Johnson had to embrace and work through one of the most unique and challenging three-year stretches in the property’s 52-year history.

In April 2020, the Lodge began serving as a quarantine unit for people with COVID-19 but did not require hospitalization.

In November 2021, a fire on Saturday morning caused extensive damage to several rooms.

And less than a month later, devastating tornadoes in western Kentucky forced families to quickly find temporary shelter — Lake Barkley being one of those vital life-saving communities.

Helping manage some of these unique issues likely prepared Johnson for further difficulties, and she said there will be some unique hurdles in the months ahead.

In addition to assisting Miller with day-to-day duties, Johnson will be responsible for helping manage and control the overall guest experience at the park. This includes everything from boosting staff morale to executing some of the finer points of operations. She will serve as “Manager-On-Duty” when Miller is unavailable.

Immediately, Johnson said the first step in his new role is to facilitate the process of rebuilding the damaged wing – to help bring the park back to full capacity.

Staff morale, she added, is something she will also focus on.

No official timetable has been released for the completion of the park’s renovation process, but Governor Andy Beshear and the Kentucky General Assembly’s 2022 biennial budget has allocated significant funds to be injected into the Kentucky parks system. ‘State.