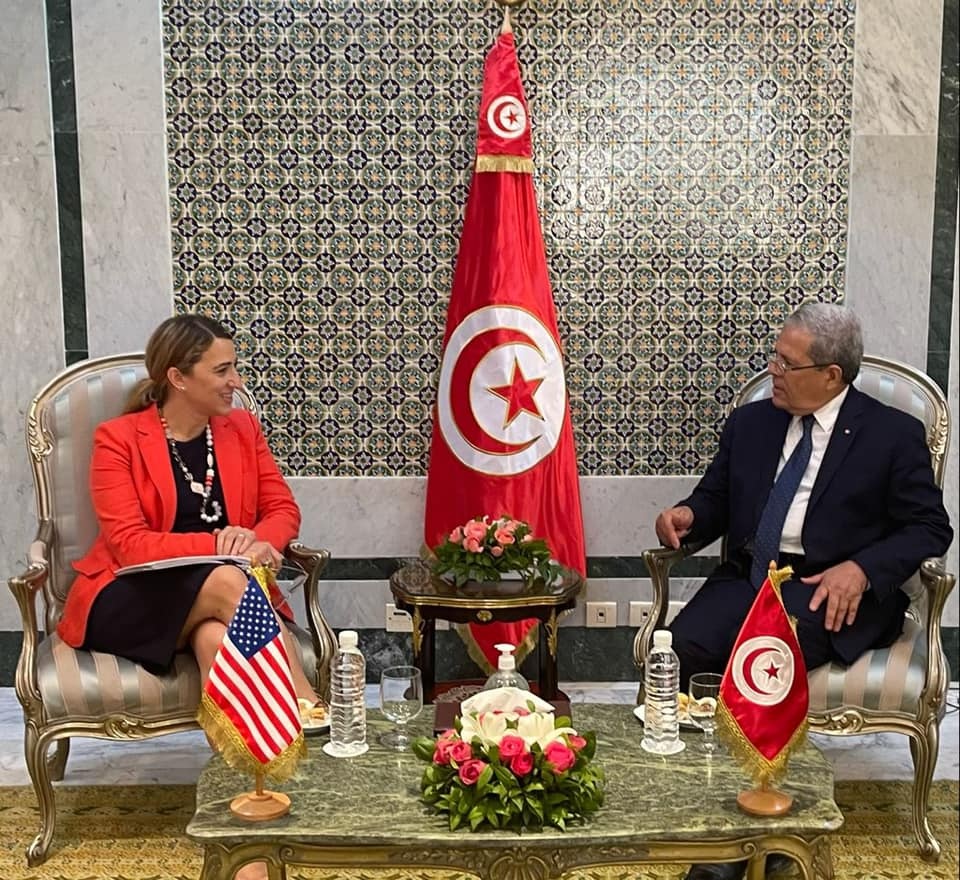 Tunisian-American cooperation and the development of the situation in Tunisia, as well as the political process in Libya, were at the center of the meeting which brought together the Minister of Foreign Affairs, Migration and Tunisians abroad on Wednesday, Othman Jerandi and the Acting US Assistant Secretary. of State for Near Eastern Affairs Yael Lempert.

The Minister of Foreign Affairs underlined that the formation of the Bouden government is a first step towards satisfying the demands of the people to rectify the democratic process ”, indicates a press release from the ministry.

The Minister of Foreign Affairs reaffirmed to the American official “Tunisia’s attachment to democracy as an irreversible choice, and to the establishment of the foundations of the rule of law and institutions.

According to Jerandi, President Kais Saied “will announce other measures to reassure Tunisia’s partners. Friendly countries are invited to continue supporting Tunisia until the completion of the rectification process, ”he said.

During this meeting, the two officials reviewed the areas of bilateral cooperation between Tunisia and Washington and the means to develop them.

On the other hand, they discussed the progress of the political process in Libya and the participation in the International Conference on the Initiative for Stability in Libya, which will be held in Tripoli on October 21.

They reiterated the common will to contribute to the success of the elections, stressing their determination to help the Libyans organize these elections.

Arun Venkataraman named US Under Secretary of Commerce