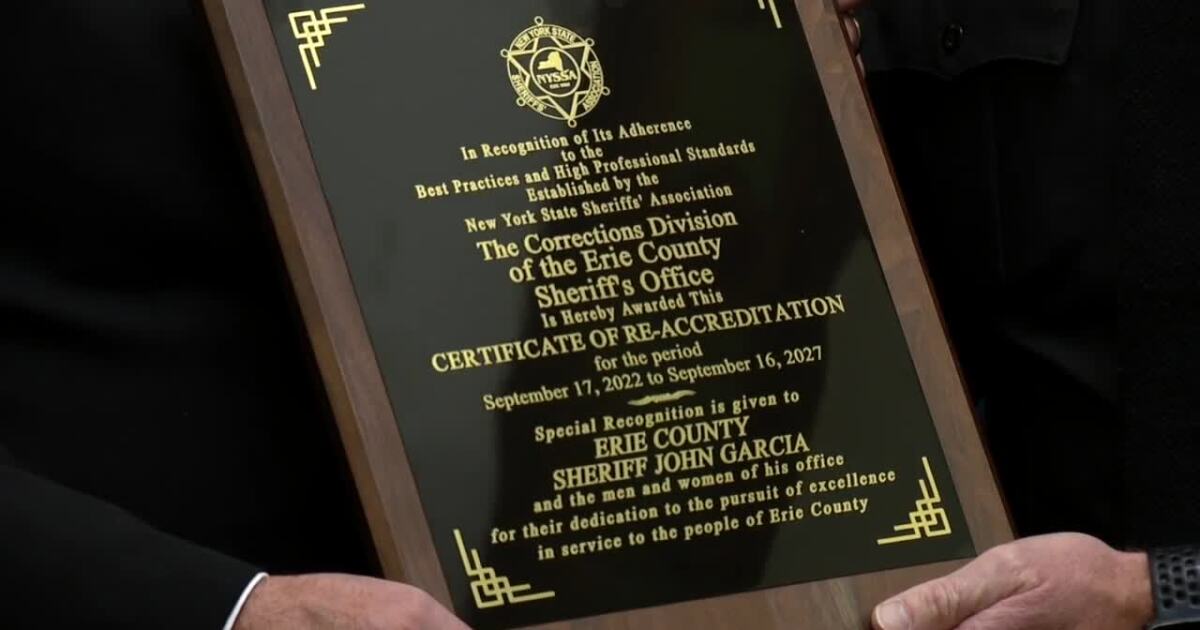 For years, the Erie County Detention Center in Buffalo has come under scrutiny for prison mismanagement involving inmate deaths.

Erie County Sheriff John Garcia said this is just the start of better protection for those in their custody.

166 policies and procedures were reviewed, including:

“And moving forward, this is just the beginning – we will continue to improve and the ultimate goal is to better serve our public,” Sheriff Garcia explained.

Sheriff Garcia says when he took over from former Sheriff Timothy Howard in January, his team began to reassess the management of the jail.

According to the New York State Commission on Corrections, there have been 32 deaths at the county detention center during Howard’s 16 years of administration.

Garcia says they now have a medical assistant treatment program that is making a difference inside the prison.

“For them to get methadone and Suboxone which may stop their suicidal ideation will only benefit everyone else the increase in the forensic mental health department which reports to the county executive – c It’s a goal of my office — is to make this fall under the umbrella of the sheriff’s office,” Sheriff Garcia remarked.

“So with that, we had an employee who wasn’t mandated to work and eight overtime hours,” Garcia noted.

But the sheriff says challenges remain at the downtown jail built in 1939 and Alden in 1985.

“The holy grail of it all – is a new facility – one where there’s not a lot of manpower,” Garcia described. “We work with two older, outdated buildings and yet our staff have been able to achieve this gold standard for accreditation.”

Aadhaar Job Alert: UIDAI is Hiring for Deputy Director Position in this State; Find out how to apply and other details here