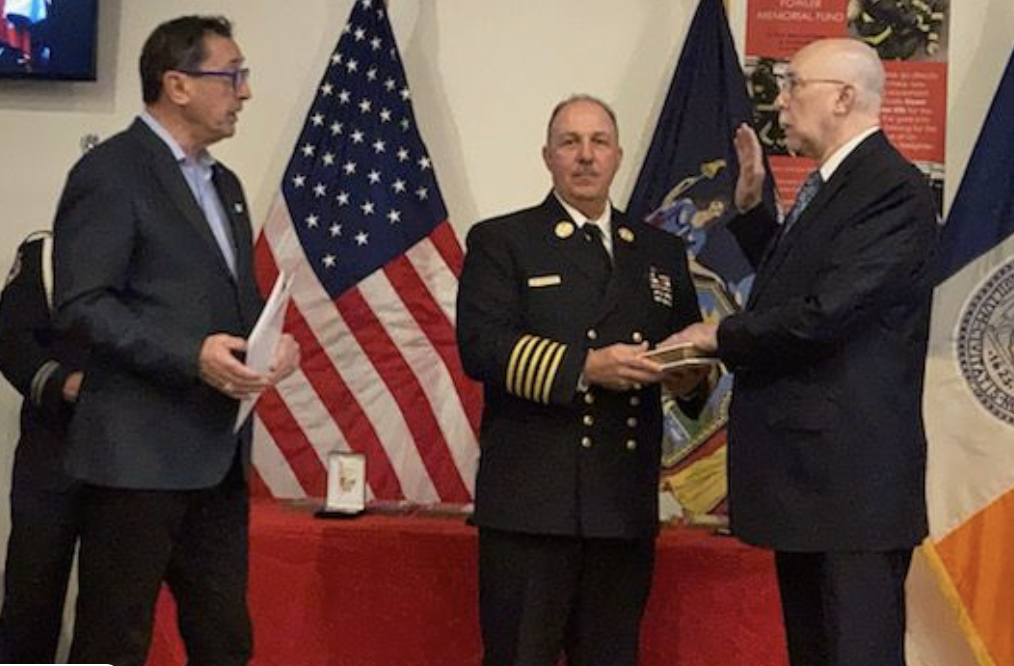 Former Division of Homeland Security and Emergency Services Commissioner Jerome M. Hauer, Ph.D., was sworn in as Honorary New York City Fire Commissioner in honor of his achievements and support for firefighters.

Hauer is Senior Advisor at Teneo Risk, Board Member of the World Association for Disaster and Emergency Medicine (WADEM), Member of the Johns Hopkins School of Public Health Humanitarian Health Advisory Board and Editor Deputy Chief of the Journal of Special Operations Medicine.

In 1996, Hauer was appointed the first director of the Office of Emergency Management for New York City. Hauer was appointed Acting First Deputy Secretary of the Department of Health and Human Services Public Health Emergency Preparedness Office in 2002, where he coordinated preparedness and response efforts, including chemical, biological and radiological. He was senior adviser to the secretary of national security and emergency management following the 9/11 attacks and the anthrax letters.

Hauer was also director of the Response to Emergencies and Disasters Institute (READI) at George Washington University; where he worked with the Department of Homeland Security on first responder training for the National Capital Region (NCR) and was an assistant professor at the School of Public Health & Health Services and the School of Medicine. He has also advised the Columbia University School of Public Health, the Los Angeles Police Department, and the Stanford School of Medicine, and developed the first device to re-inject mediastinal blood spilled after heart surgery.

Apply for 32 non-executive management intern positions on nationalfertilizers.com by THIS date