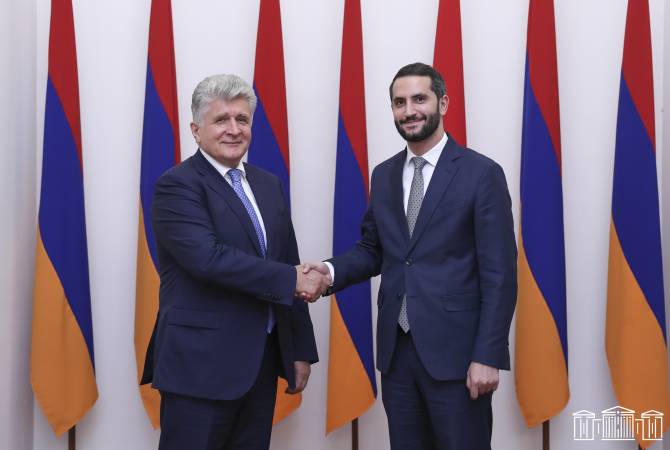 During the meeting, Ruben Rubinyan presented the current security situation in Nagorno-Karabakh and the region caused by the 2020 war started by Azerbaijan. He underlined the need to eliminate the current humanitarian crisis, the problems related to displaced persons, the the elimination of Armenian religious and cultural heritage in Artskah.

The UN Under-Secretary General thanked for the welcome and the detailed presentation of the current situation. Stressing the importance of close cooperation between Armenia and the United Nations, Miroslav Jenča said he was ready to support and continue the mutual partnership. He said the UN was making efforts to preserve peace and stability in the region.

The parties also discussed the ongoing normalization process between Armenia and Turkey.