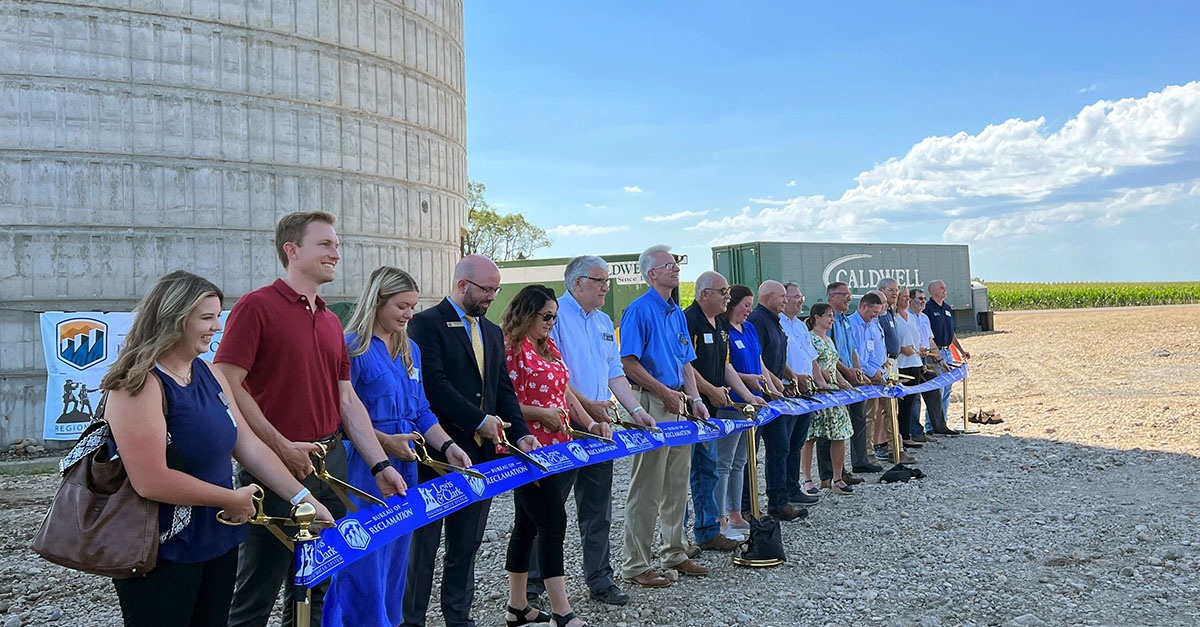 Billings, Mount – Today, Assistant Secretary for Water and Science Tanya Trujillo joined leaders of the Bureau of Reclamation at a groundbreaking event to celebrate a $75.5 million investment from the bipartisan law on President Biden’s infrastructure in the Lewis & Clark regional water system. The funding was allocated in March 2022, as part of a $420 million investment in rural water.

“The Biden-Harris administration is steadfast in our commitment to investing in rural America and ensuring that every family and every community has sufficient access to safe, clean and reliable water,” said Assistant Secretary Trujillo. “With this $75.5 million investment provided through the Bipartisan Infrastructure Act and the tremendous partnership of Lewis & Clark, this project will ultimately benefit 300,000 people in the Tri-State Area, supporting the families, farmers, wildlife and advancing our work to combat historic drought conditions. .”

The project is currently 86% complete, with funding for construction provided by federal, state and local grants. States and members have paid 100% of their share of the costs, and the $75.5 million from the Bipartisan Infrastructure Act will go towards building the remaining 32 miles of pipeline for the Madison service line, the 17 miles of pipeline at Sheldon, meter buildings, a pumphouse and a new water storage tank.

When completed, the system will distribute treated water through 337 miles of pipeline. The capacity of the completed system will be 45 million gallons of water per day with the possibility of expanding to 60 million gallons of water per day in the future. The system uses a series of wells to tap into an aquifer adjacent to the Missouri River near Vermillion, South Dakota. In addition to a traditional lime softening treatment facility, the unlooped system also includes a series of wells, meter buildings, pump stations and water storage facilities.