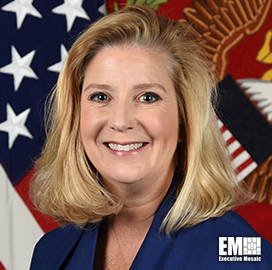 Armed Forces Secretary Christine Wormuth signed a directive indicating that the Assistant Secretary of the Army for Acquisition, Logistics, and Technology will now oversee the military branch’s acquisition workforce and research and development efforts, including science and technology initiatives, Breaking Defense reported Wednesday.

The Commanding General of Army Futures Command will coordinate with the ASA (ALT) on matters related to acquisition and R&D, act as the operational architect and capability developer for the Army Futures and be responsible force development and the design and operation of the service’s laboratories and research centers. , according to a May 3 directive.

“The AFC assesses and integrates the future operating environment, emerging threats and technologies to provide warfighters with the concepts and future force designs needed to dominate a future battlefield,” the directive reads.

Army spokeswoman Ellen Lovett said directives issued by the service following the establishment of the AFC “had the unintended consequence of creating ambiguity in long-established acquisition authorities. .

“This administrative change removes that ambiguity with clearly defined, legally compliant roles, and will better facilitate collaboration in our modernization and equipment business,” Lovett said.