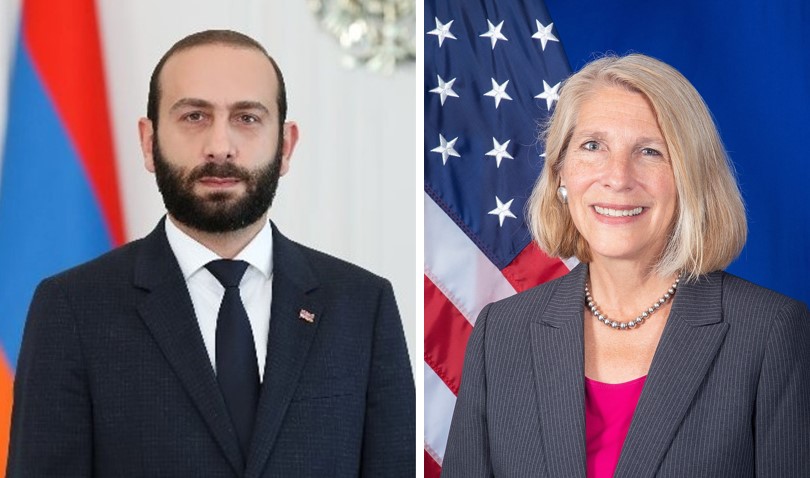 Armenian Foreign Minister Ararat Mirzoyan had a telephone conversation with US Deputy Assistant Secretary of State for European and Eurasian Affairs Karen Donfried.

The interlocutors welcomed the 30th anniversary of the establishment of diplomatic relations between the two countries and welcomed the momentum of development of the Armenian-American dialogue, based on common values ​​- democracy, rule of law and protection of human rights.

The parties stressed the need for a peaceful settlement of the Nagorno-Karabakh conflict under the mandate of the OSCE Minsk Group Co-Chairs, and the need for a full resumption of work in this area. Humanitarian issues that need to be addressed urgently were discussed.

Minister Mirzoyan attached importance to the statement of the Office of the US State Department on Europe and Eurasia on the release of prisoners of war, the clarification of the fate of the missing, the exchange of remains.

Ararat Mirzoyan informed about recent violations of the ceasefire regime by the Azerbaijani Armed Forces and underlined the importance of taking steps to de-escalate the situation.

The interlocutors discussed the process of dialogue between Armenia and Turkey.

The situation in Kazakhstan was also discussed during the telephone conversation. Minister Mirzoyan presented the position of the Armenian side on the issue.

The parties discussed other regional and international security issues.