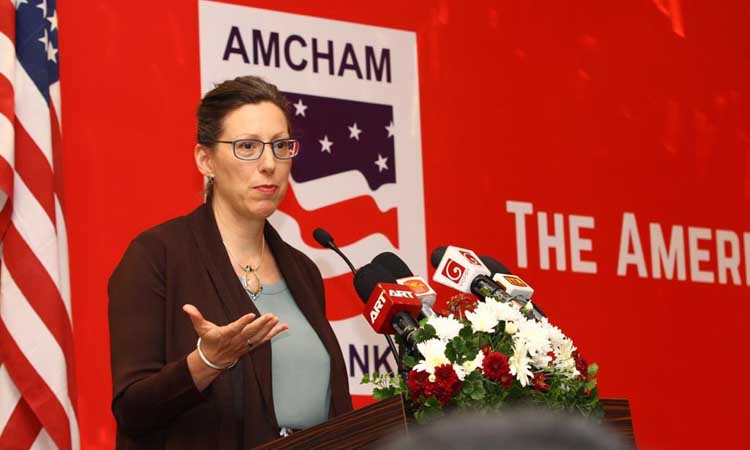 President Joe Biden announced today that he has appointed Alaina B. Teplitz as Assistant Secretary of State for Administration.

The Bureau of Administration provides support programs to the Department of State and to United States embassies and consulates. These programs include: procurement; supply and transport; diplomatic bag and postal services; official archives, publishing and library services; linguistic services; set rates of allowance for US government personnel posted overseas and provide support to overseas schools assisted by the department; management of real estate and domestic facilities; management of national emergencies; support for White House trips abroad; and logistical support for special conferences.

Ambassador Alaina B. Teplitz is a career member of the Senior Foreign Service with the rank of Career Minister. Most recently, she served as Ambassador to Sri Lanka and Maldives since 2018. She served as US Ambassador to Nepal from 2015 to 2018. She joined the State Department in 1991 and has received numerous honorary awards superior and meritorious. Focusing on laying the foundations for successful American diplomacy in the 21st century, Ms. Teplitz has served as Assistant Secretary to Director of the Office of the Under Secretary of Management for Policy, Scaling and Innovation. (M / PRI) at the State Department from 2012-2015. Under his leadership, M / PRI found innovative ways to reform our bureaucracy and improve the functioning of our diplomatic service. Ms. Teplitz championed efforts to improve knowledge management, data use and risk management.

Prior to leading M / PRI, Ms. Teplitz served as Minister Management Counselor at the United States Embassy in Kabul from 2011 to 2012. She led a team overseeing the civilian activities of the United States Chief of Mission in Afghanistan. and planning the impact of a possible reduction in military forces. Ms. Teplitz also served as Deputy Executive Director of the Joint Executive Office of the Bureau for the Near East, South and Central Asia from 2009 to 2011, where she managed the South and Central Asia portfolio, including the ‘Afghanistan and Pakistan. Ms. Teplitz was Director of the Management Training Division at the State Department’s Foreign Service Institute from 2007 to 2009. Previous assignments include the Management Advisor in Dhaka, Bangladesh and the Deputy Director of Administrative Services. spouses supporting three US missions – the US Mission to NATO, the US Mission to the European Union and the Embassy to the Kingdom of Belgium – in Brussels, Belgium. His previous positions also include: Ulaanbaatar, Tirana and Sydney. Ms. Teplitz holds a Bachelor of Science in Foreign Service from Georgetown University School of Foreign Service. She is married and has two sons.